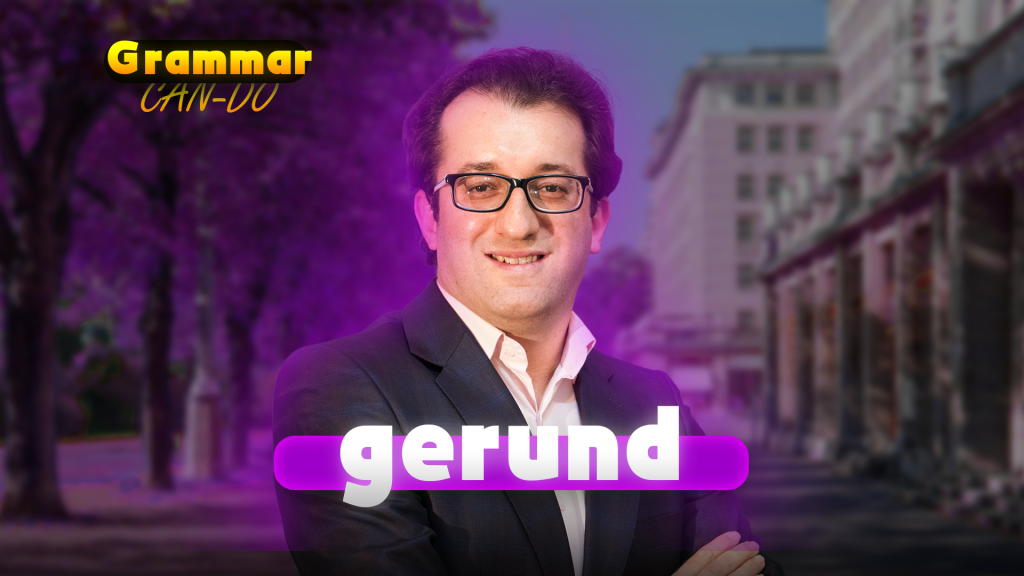 Example: It seems none of them likes my singing. (singing =gerund.)

The dog stopped barking when I gave it a bone.

He has just finished quarrelling with his wife.

The prince has consistently denied murdering his wife.

Washing his car is something he hates most.

Watching television to him is not a waste of time.

Attending church is not something the family does often.

Working in a foreign country can be very exciting.

Learning a foreign language can be a real challenge.

Skipping to her is a better alternative to jogging.

She prefers any of the household chores to mopping..

He is addicted to playing online games.

His parents were well accustomed to working hard..

She is very excited about meeting him for the first time.

Jane is very pleased with getting the desired exam results.

Many remember them for winning the first gold medal for the country..

We apologized for arriving late.

John has become interested in catching scorpions for fun.

Jack looks forward to running his own loan shark business.

Mr Black usually says a prayer for world peace before going to bed.

I have learned to be careful since knocking my head against a tree branch,

The new stadium has got poor lighting.

He received a severe scolding from his parents for unknown reasons.

The cold-blooded killing was carried by plunging a knife deep into the victim’s heart.

The sitting room is where the mess is.

It is so much fun to be lying at the swimming pool.

Someone took all my gardening tools from my garden.

One of the folding legs of the ironing board is broken.

Although he is 100 years old, he moves about without the aid of a walking stick.

He had a frightening dream about a fire-breathing dragon chasing him.

The boy showed me his three drawings of ugly witches riding African elephants.

Be used to , get used to  با  gerund استفاده میشوند.

I was used to watching vultures perched on top of rocky cliffs.

Sarah is used to donating her blood at the medical centre.

After his wife died, he had to get used to looking after the kids on his own.

He says not learning is the best thing in his life..

By not singing loudly in the shower, he made the other housemates very happy.

His bad habit is not answering the phone when it rings.

Not marrying him sometimes crossed her mind.

Julia carried on talking even though no one was listening. (Phrasal verb: carried on)

Jack keeps on scratching his head and we wonder why.

Jan gave up driving after her car was hit by a truck.

He does not know when he will get around to doing the living room.

We stayed up late watching the horror movie last night.

It is no use crying over spilt milk.

This new gadget is for opening canned food more quickly.

We usually go fishing where there are big fish.

Using an old iron to do ironing makes it slow.

It’s too late now to regret being so rude to her.

If only you had stopped talking and listened to your mother.

If not for my tired legs, we could have gone on dancing the whole night..

She prefers having dinner with her pet dogs.

She thinks my hair needs shampooing, not knowing that I shampoo every day.